Build Africa supporters are putting their embarrassing school photos to use - raising funds to support a school in rural Kenya with an online charity challenge.

The fundraising idea was created by Build Africa’s newest ambassador Debbie Bartlett, who’s late husband Tony was a much-loved teacher at St. Clere’s Secondary School in Essex. His combined passion for education and love of Kenya meant that Debbie’s involvement with Build Africa has become a fitting tribute.

"It’s been fun to connect with old school friends and we found 57 people in the first week alone, some as far away as Australia and Vietnam,” Debbie told us.

"People are sharing photos and memories and also getting back in touch. Perhaps we’ll even organise a reunion in the future!"

"We’ve raised more than £1,000 so far, and it is poignant that school friends are raising money for a school in Africa. Sometimes the simplest ideas are the most effective!" 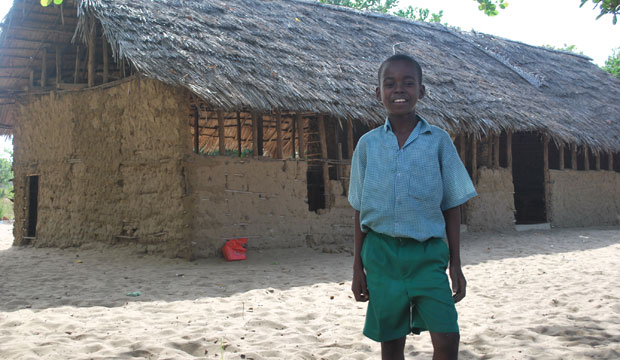 To date the Tony Bartlett Memorial Fund has raised £22,250, combining more traditional fundraising methods such as marathon running (thanks to Mr Taylor at St Clere’s) with the nostalgic School Photo Challenge.

Debbie says lots of people have now approached her to say they’re going to start their own photo challenge with their own schools to spread the fundraising fun.

Swedish-based company SCA Logistics have donated a generous £1000 to the memorial fund, while business suppliers ESE Direct made a huge contribution – donating 5% of their online profits from a special charity day in September. ESE finance director Mike Wyard (an old school friend of Debbie’s) even took on last year’s Great North Run and the #IceBucketChallenge to boost their fundraising total.

The money raised from these fantastic efforts will fund continuing construction work at Kanana Genesis Primary School in Kwale, Kenya. Build Africa has been supporting the school since 2013 and has so far built four classrooms and eight toilets. Prior to this children at Kanana Genesis shared three classrooms, with just 30 desks and two toilets between them. 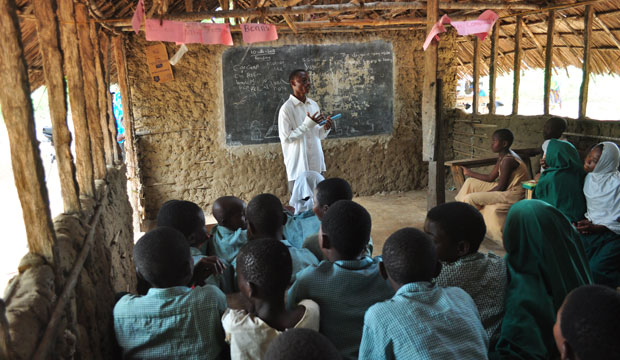 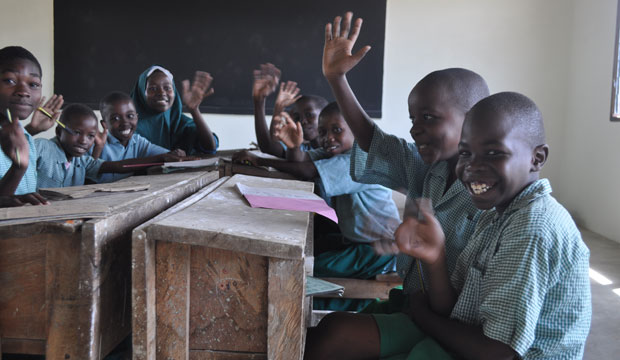 After... new classrooms are already improving learning at the rural school

However there are still not enough permanent classrooms to accommodate the 195 pupils at the school and many children learn in temporary structures. The money now raised through the Tony Bartlett Memorial Fund means two fully furnished classrooms will be constructed this year, helping to deliver a life-changing education to the children of Kanana Genesis, and allow for the future growth of the community.

To find out more about the Tony Bartlett Memorial Fund, or to make a donation, please click here.