Build Africa's patrons champion our work to new networks and the general public, while our ambassadors support the organisation with key skills and knowledge. We are grateful for their contribution.

Mike Hedley began supporting Build Africa in 2014. His involvement includes supporting Twendane Primary School in Kenya and the Live Below The Line challenge. Mike has experience with a number of global non-profit organisation and works as a manager at Microsoft in Seattle.

Beth has been involved with Build Africa for a number of years. In 2014 she helped organise our hugely successful Gala Dinner, and is now an ambassador supporting our growth in the USA. Beth owns and runs SunSkyns, a water wear company for women, and is also a professional musician.

Lisa founded Flatiron Strategy Services, offering consultation to social impact organisations and early-stage technology companies. She also helps support the development of small organisations that use their services for good.

Christiana became interested in Build Africa after a trip with her father (Mark Florman) to Uganda where she witnessed our work first hand. Christiana’s other charity work includes three months working in Costa Rica with Operation Raleigh, and event planning with Marie Curie Cancer Care.

Celia began supporting Build Africa through her parents (John and Melanie St. John) who are both patrons. Celia says she is aware of the “immense privilege” of the education she has received, and wants less privileged children to enjoy the same opportunity.

Giles’ interest in Build Africa started after learning that his grandfather had been CEO of the organisation when we were known as International Christian Relief. He is the son of Andrew Ross, a patron of Build Africa, and has spent time with our teams in Kenya and Uganda, and has worked in the UK office as well. 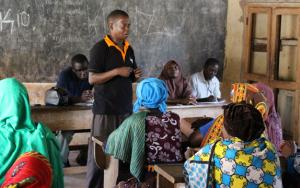 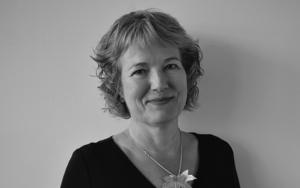