Build Africa’s annual fundraising ball was held on 11 October, raising a wonderful £141,484 to help children across rural Kenya and Uganda access the education they deserve.

Over 180 guests attended the black tie evening, which marked the charity’s 40th anniversary.

The Ball coincided with International Day of the Girl, significant not least due to Build Africa’s effort to help girls stay in school.

The highlight of the evening came with the premiere of Brenda's story. The never-before-seen film, shot and produced by a local production company in Uganda, sees Brenda share her own experiences of getting an education.

The ball was held in support of Build Africa’s vital work, which aims to see every child in school and learning.

The focus on Brenda's story highlights the precarious situation that girls find themselves in.

The barriers for girls accessing education are enormous. Child marriage and early pregnancy can deter them from attending school. If girls are unable to deal with their periods in a hygienic and dignified manner, they may also be forced to miss school.

Build Africa wish to thank everyone involved for making it an unforgettable evening of fundraising. 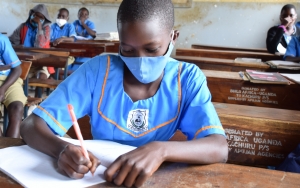 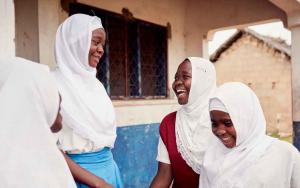