I was a child bride. I refuse to let the same happen to my daughters

Atwani Janet is 21 years old. When she was just 16, she was forced to leave school and get married. Five years later, she has two daughters. She refuses to let the same happen to them. 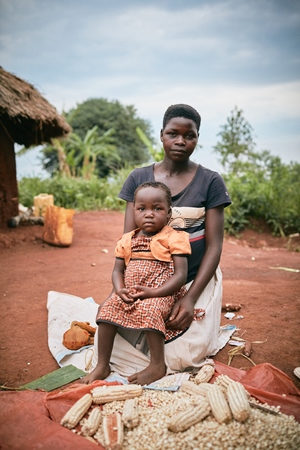 “I was 16 when I was married. I had my first child that year, also. Now I have two children who are both girls. They are five and two.

“When I was forced to leave school it felt so bad. I could not afford to stay so I then decided to get married. I was 16, but it felt normal because everyone else got married.”

When families cannot afford to send their daughters to school, their futures turn from opportunity to early marriage.

Girls miss out on an education, deprived of the skills that they need to earn a living and end the cycle of poverty. They often become mothers at a young age, but find it difficult to earn a living to support their children.

“I struggled with my first child and was unable to care for her when she was sick. She became sick with an infection and now cannot hear – she is partially deaf”, Janet recalls.

“To pay for my children I just do digging work. I dig all day with my child on my back.

“I grow maize and can sometimes sell one bag for 50,000 UGS. However my children are always falling sick with malaria and the treatment costs 30,000 UGS.”

“If I could have anything in the world I would have just enough to look after my children. That is all. I want them to grow up and to have good jobs. I want them to become a nurse or a teacher.

“It is a must that I can send my children to school.” 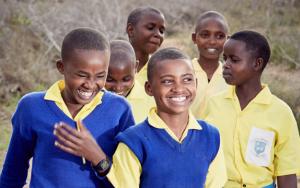 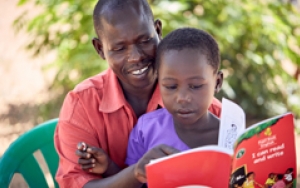